E is for Enchanted

There are many wonderful fairy tale adaptations these days. Animated films. Live action TV shows. Books. Graphic novels. But there's one movie that stands out for it's playfulness, musicality, and self-deprecating humor . . . 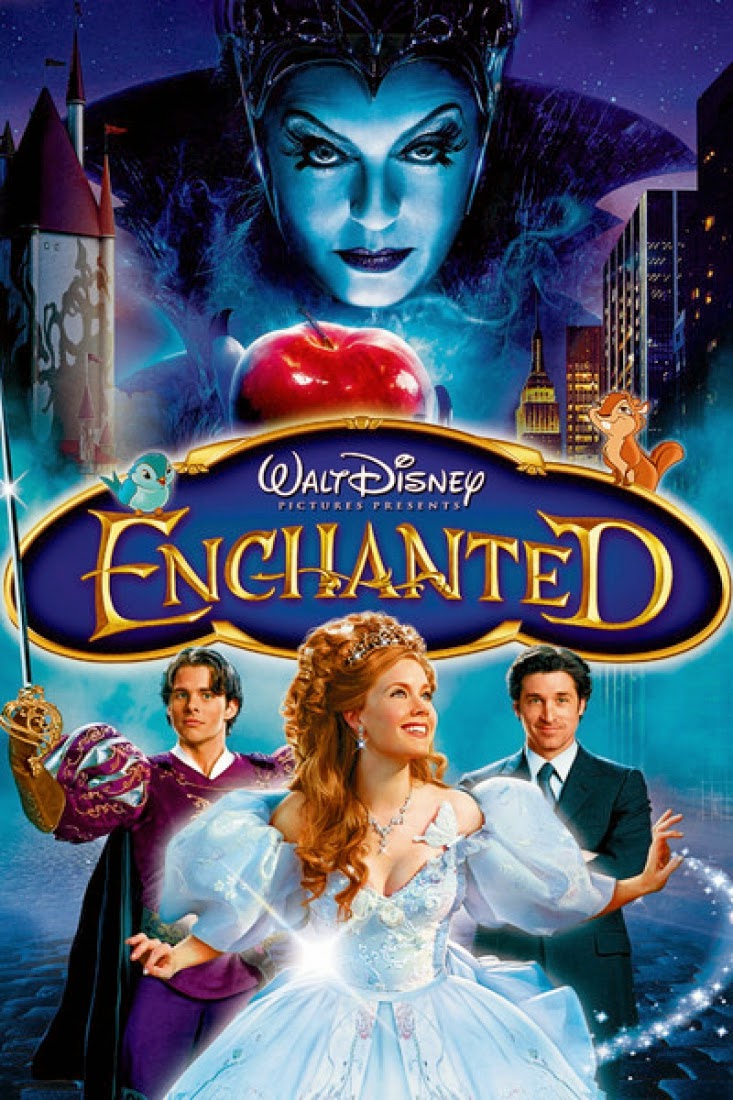 The 2007 Disney film, Enchanted. Starring an amazing cast including Amy Adams, Patrick Dempsey, Susan Sarandon, Idina Menzel, an original score by composer Alan Menken (who previously worked on The Little Mermaid, Beauty and the Beast, Aladdin, and Pocahontas), and some kick-butt animation, this film is an homage -- a tribute -- to the Disney princess films my generation grew up loving.

It combines elements from every princess fairy tale we've ever seen. The wicked stepmother from Cinderella with a Snow White/Sleeping Beauty sorcery twist. The handsome, if dim-witted, prince that spends his time slaying trolls and taking names. The beautiful maiden living in the forrest that sings to animals. Not to mention the furry creature guardian that protects said maiden when the wicked stepmother causes a ruckus.

But it also plays with these elements in a nod to the modern movement, the trends that are shifting away from the helpless princess we've seen in the past and moving toward a more self sufficient heroine. The princess who saves the prince from the dragon, and equally stunning, the "prince" who suggests dating and getting to know someone before leaping into marriage with a perfect stranger.