N is for The Neverland

The story of Peter Pan and his lost boys has long been a childhood favorite. It has a little bit of everything. Fairies, pirates, sword fights . . . it's a truly wonderful tale. And like all great stories, it needs a phenomenal setting.

In this case, Neverland. Even today as a fully grown woman the name still sends chills down my spine. Doesn't every adult sometimes wish they could be a child again? To live in a world where they'll never grow up? Never have to pay taxes, or get a "real" job, never feel their aging body begin to betray them? I certainly have. And I dream of Neverland, where you never, never have to grow old. 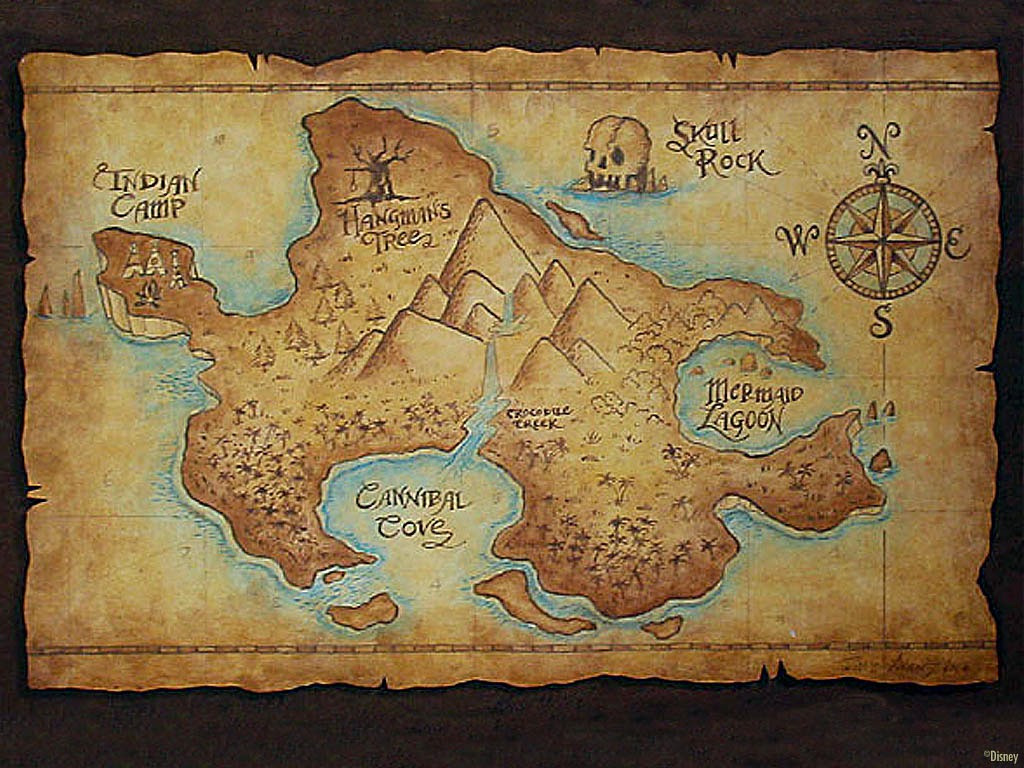 What most people don't know is that Neverland, or The Neverlands as it is referred to in Peter and Wendy, is not one fixed location. Rather it resides within the mind of every child, and though it is "always more or less an island, with astonishing splashes of color here and there", it changes from one kid to the next. And isn't that such a beautiful concept? This idea of a fantastical island somewhere that's very essence belongs to each child's imagination, shaped and molded by their dreams.

I love that the physical make-up for Neverland is specifically designed to inspire adventure. Barrie writes that that island is "compact, not large and sprawly, you know, with tedious distances between one adventure and another, but nicely crammed." With the mermaid lagoon just around the corner from Skull Island, and pirate cove a stone's throw the Piccaninny encampment, the very nature of Neverland breeds thrilling exploits and escapades.

As fun and exciting as the tales of Neverland are, there is of course one slightly darker interpretation. It is widely known that J. M. Barrie's brother passed away in a horrible skating accident as a child. Having died so young, he became the inspiration for Peter Pan, the "boy who never grew up". In some ways we can then see Neverland as a sort of afterlife paradise for dead children where they can seek adventure and joy, eternally young.

Still, Neverland is the embodiment of our childhood fantasies and the place we return to in our dreams. And as ever, it's home to the boy who never, never grows up.

My favorite version:
Peter and the Starcatchers series by Dave Barry and Ridley Pearson