C is for Cinderella

Cinderella is perhaps one of the most popular fairy tales in the history of the genre. Though there are many different version, the most well known was recorded by Charles Perrault in 1697, and later by the Grimm Brothers.

Now normally I would talk about how tragic it is that poor, "persecuted" Cinderella pines away for a man who can't recognize her without a glass slipper and waits for a fairy godmother to make things happen for her instead of doing them for herself. But I already did that in this post, so today I'm going to talk about something a little different. 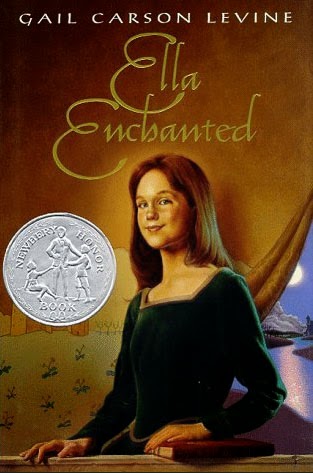 Today I want to talk about two of my favorite Cinderella adaptations . . . stories that re-imagine the passive princess as a real-life heroine. One who fights for what she wants. The first is Ella Enchanted by Gail Carson Levine. [To be clear I'm talking about the book and not the movie.] It's the story of Ella, a young girl cursed with the gift of obedience by her errant fairy godmother. But rather than knuckling under and letting her curse get the better of her like your typical Cinderella, Ella decides to fight back. When she goes on a quest and learns that her fairy godmother cannot take back her "gift", she has to find a way to break it herself in order to have the life -- and love -- that she dreams of. Levine imagines a heroine that little girls can look up to, a heroine who pushes the boundaries of traditional female roles in fairy tales to get her happily ever after, despite her limitations . It's no wonder this story is a Newbery Medal recipient. 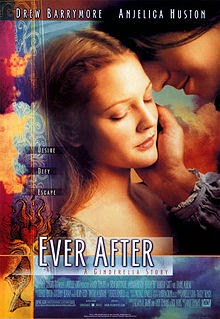 The other adaptation I'd like to spotlight is the 1998 film Ever After, perhaps one of the more interesting fairy tale adaptation ever made. Danielle de Barbarac is a servant grossly mistreated by her stepmother and stepsisters in the home where she once lived happily with her father. After falling in love with a self-centered prince, she teaches him responsibility and to be a caring and wise leader. It's a story that challenges traditional notions of nobility and pushes for modernization. Modernization for sixteenth century France, the setting of the tale, and in essence, modernization for fairy tale princesses, for the heroines little girls idealize and often emulate. Danielle doesn't long for riches or wait for fairy godmothers. She works hard to keep her family home from being sold. She cares for the servants and shows kindness to everyone, regardless of their station. And best of all, she holds a sword to the throat of a man claiming to "own" her.  Danielle is definitely a princess worthy of praise.
_________________________________________________________________________________
This post is part of the Blogging from A to Z Challenge. My theme (in case you didn't already guess) is Fairy Tales. Stay tuned for the rest of the alphabet, and if you'd like to check out the other participants, simply click here.