Blogging from A to Z Challenge is Almost Here 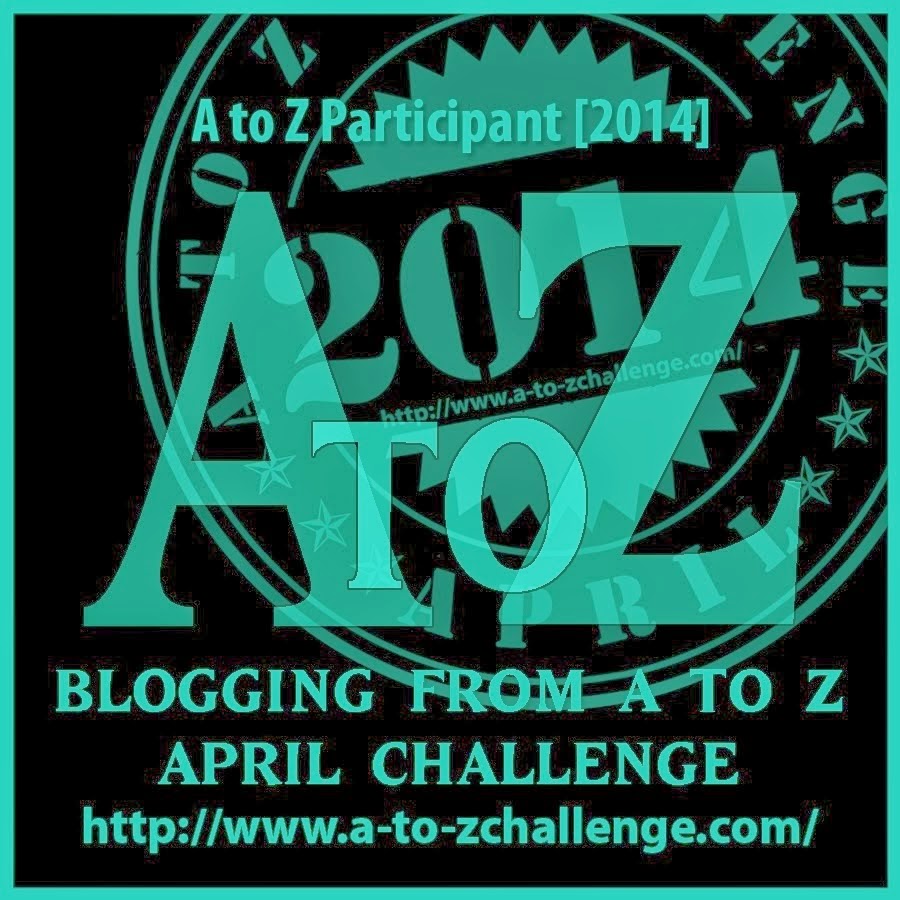 It's almost here. The Blogging from A to Z Challenge is knocking on our door. Have you signed up? Have you prepared any of your blog posts? Are you ready for some spectacular alphabetic blogging?

I certainly am. I've finished all but 2 1/2 posts (which by god I will have done before midnight!), and am ready to meet some spectacular new bloggers.

For anyone who hasn't signed up, today is your LAST chance! Sign up here while you still can. For those of you who are new to the challenge, here's a list of the people involved with running A to Z. Anyone would be more than happy to help you out if you have any questions. And I'm one of the Minions this year, so PLEASE feel free to ask me anything at all.

If you've pre-written your blogs, don't forget to take a look at the calendar and make sure you are on the same page (aka. letter) as the rest of the challenge. 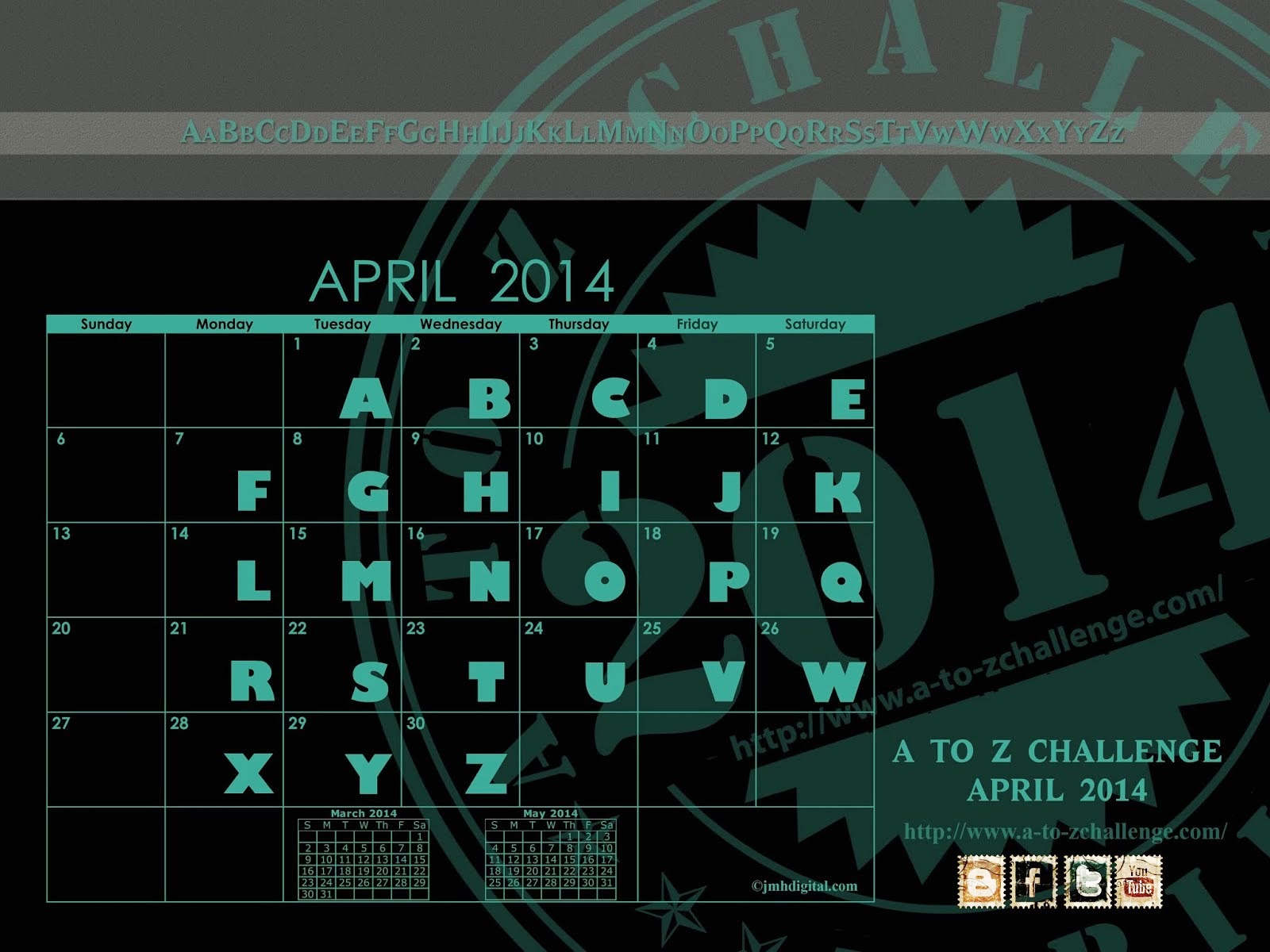 For the everyone who's signed up and ready to get started tomorrow, good luck! And of course, may the blogs be ever in your favor.

As I mentioned in my previous post, my fiance's recent surgery has resulted in many, many, many hours of movie viewing. We started with Star Wars episodes I through VI, followed that up with a little Pacific Rim, and then moved on to the Lord of the Rings trilogy. He'd never seen the extended edition, which made for a great time on my part, getting to introduce him to all the extra hours of footage I find so phenomenal. Of course, as with any book to film adaptation there are going to be some liberties taken that hardcore fans are going to take exception too; but the truth is the Lord of the Rings film trilogy is a masterpiece, one which manages to pick and choose which scenes to take from the novels, which scenes to alter for the sake of pacing, all the while still honoring the original source.

Which got me thinking about Peter Jackson's latest project. I still find it somewhat hard to believe that the man who was so respectful of Tolkien's vision for The Lord of the Rings, could then go and create the travesty that is The Hobbit "trilogy". I just don't understand. From the moment they start talking about the growing evil in Middle Earth (something blatantly ripped out of the LOTR series and shoved unnecessarily into The Hobbit), to the introduction of the Tauriel (the redheaded elf Peter Jackson created with absolutely no literary basis), I knew the series was going to be awful.

And boy was I right. He has become one of the biggest disappointments in cinematic history.

Which makes me wonder, is Peter Jackson the new George Lucas? It is my personal opition that both Jackson and Lucas sold-out, tarnishing the reputations they earned honestly in the name of money. )Or maybe it was prestige they were after, but I'm inclined to think it was money.)

One of the few things I can say in favor of George Lucas was at least the series he destroyed was his own. He created Star Wars from start to finish, and if he made the decision to ruin that with a prequel trilogy, that is his right. Disappointing to fans everywhere. But his right none the less. Peter Jackson on the other hand did NOT create The Hobbit, Lord of the Rings, or anything associated with Middle Earth. As a filmmaker, he is allowed a certain amount of creative license, which he used to great effect in The Lord of the Rings.

But when he adds new and unnecessary characters, creates romance between and elf and a dwarf (seriously, are you kidding me?), and in general ignores the very essence of the story in an effort to make it tie in with his previous series and thus draw in the fans he'd accumulated along the way . . . THAT is unacceptable. And heartbreaking.

So is Peter Jackson the new George Lucas? It's hard to say. He certainly followed Lucas's footsteps, ruining an amazing trilogy with an obscenely horrible prequel trilogy. And I might even argue that all the new advancements in CGI actually hindered the story in both cases (they filming tricks they used in their original trilogies felt infinitely more realistic than the gross overuse of visual graphics in the prequels).

All I know if these two filmmakers I once had such faith in have disappointed me to the extreme and I no longer trust them or their visions.
Posted by S. L. Hennessy at 12:00 AM 8 comments:

A to Z Challenge Theme Reveal 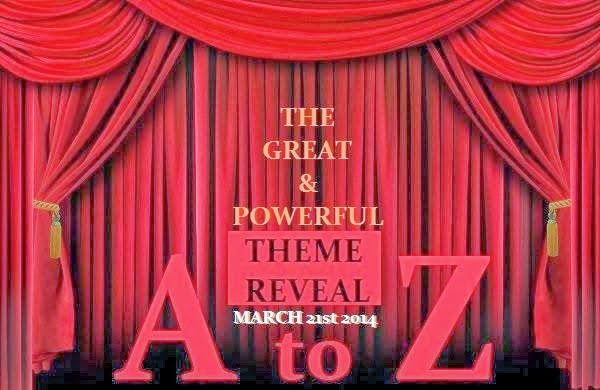 The end of March is nearly upon us, and the Blogging from A to Z Challenge is drawing nearer. Which means that it's time to reveal this year's A to Z theme! And what better way to do that than join in a terrific blogfest. Check out host Vidya Sury's blog to see all the other participants.

I've participated in the A to Z Challenge for the past two years, and had a blast both times. The first year my theme was Science Fiction and I discussed everything from Androids to Time Travel. Last year I focused on Character Types and Tropes, which was a lot of work (blogging about five different examples for each category).

So what was I to focus on this year? I thought up several different ideas, many of which I'm holding onto for years to come. But this year there was one topic that just sounded too interesting to pass up. And the theme is . . .

I'm really excited about this one, and can't wait for April 1st so we can get started. I've already got half my blogs complete and hope to have the rest (or as many as I can) finished before the challenge begins.

What about you? Anyone have an awesome topic they're excited to reveal?
Posted by S. L. Hennessy at 1:01 PM 14 comments:

A Second Look at the Star Wars Prequel Trilogy 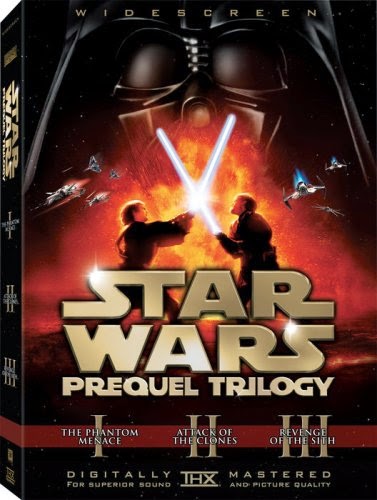 When my fiance under went surgery last week, we knew that we'd have to come up with a long list of movies to watch to keep him busy during his recovery. Against my protest, he insisted that we watch Star Wars from start to finish. Now, as I already said, I vehemently protested this for one very particular reason . . . that being that I loath the prequel trilogy to my very core. I think George Lucas is a sell-out and a traitor (Han Solo friggin shot first!), I think the prequel trilogy in no way lived up to the beloved originals, and I think the CGI they used to replace pretty much everything is horrendous and distracting.

So while I did protest, when someone you love has surgery and is in pain, you arguments to the contrary kinda fall flat. And so it was that I found myself watching Star Wars episode I, II and III, something which I'd refused to do since seeing them in theaters the first time (to my great regret). And upon watching them for a second time, I have to admit . . .

Now, that being said, there are a few points in which I am willing to admit that the prequel trilogy has some merit, something which I had previously believed impossible. They are as follows:
The truth is, they plot isn't completely terrible. It's the filming that ruins the saga for me. And Jar Jar Binks. And bouncing, CGI-Yoda. And Natalie Portman's terrible action sequences. And Hayden Christiansen.

Now, this in no way means that I like or approve of the prequel trilogy. However, I am willing to concede that they are not complete wastes of time and money. I fear for the coming sequels, and pray to the Star Wars gods that they limit George Lucas's input before he ruins this series even more than he already has -- or god forbid, we have an Indiana Jones and the Kingdom of the Crystal Skull on our hands. 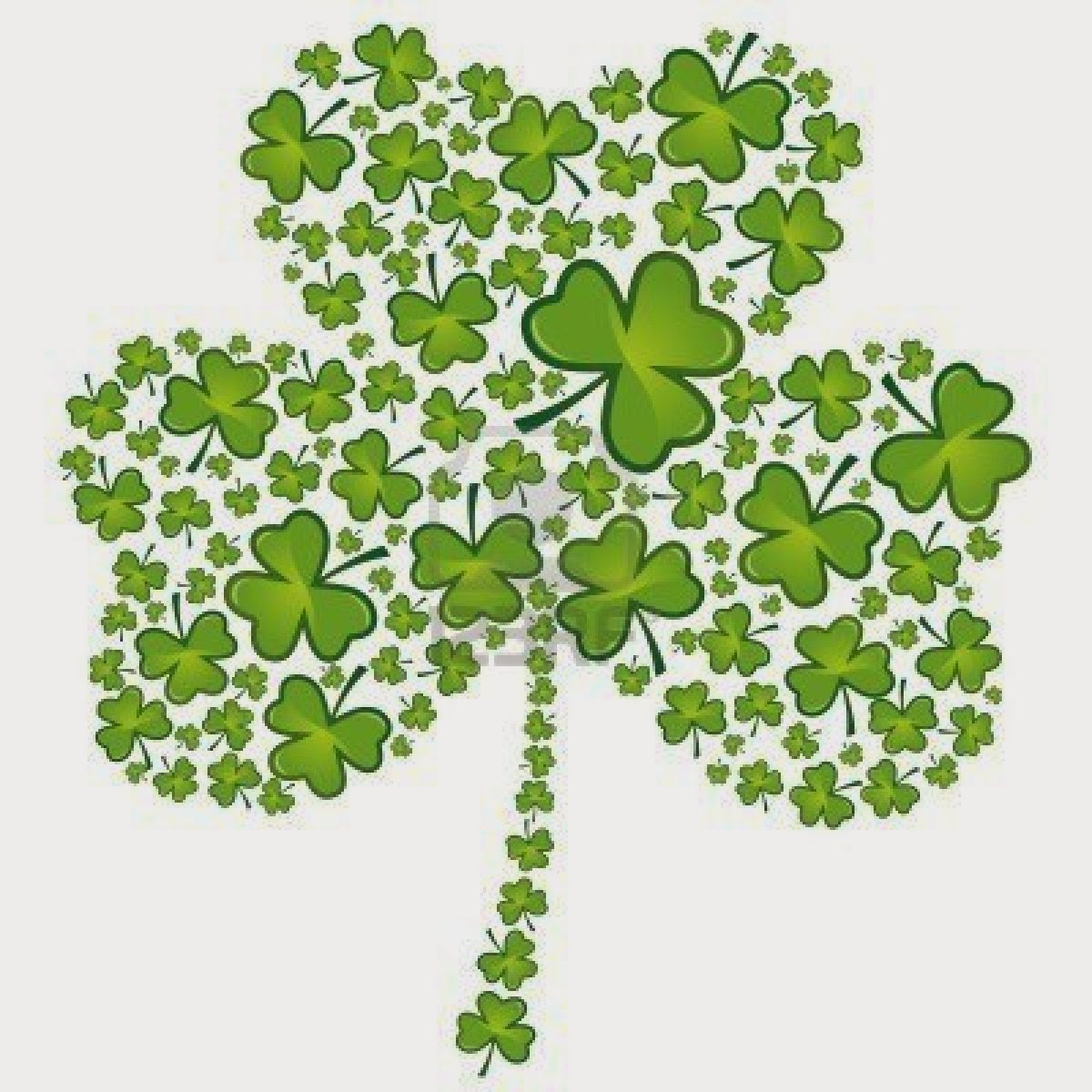 Side note (and in a pointed reprimand for all my Facebook friends who posted photos of themselves wearing green, captioned "St. Patty's Day" this past Saturday), today is Saint Patrick's Day. Saturday was the Ides of March, the day best associated with Caesar's betrayal and resulting death (beware).

Today is the day we celebrate the Patron Saint of Ireland by wearing green, bedazzling ourselves with shamrocks, keeping an eye out for leprechauns, and in generally thanking the Lord that we (those of us lucky enough to hail from the Emerald Isle) are Irish! So whether you already celebrated this past weekend with some green beer or went to a St. Patty's parade, don't forget to wear some green today in celebration of all things Ireland!
Posted by S. L. Hennessy at 8:57 AM 5 comments: