Okay, so once again I’ve been very bad when it comes to blog awards. First, I received an award and then got so busy with the agent edits for my manuscript that I forget to write a post about it. And to make matters worse, I received an award I somehow overlooked. This just goes to show what editing will do to an already deteriorating brain. I’ve officially become a Writer-Zombie.
For those who aren’t aware of this condition:
Writer-Zombie (n.) –
A writer who has died from excessive editing, but, in order to finish their manuscript on deadline, has come back to life as a reanimated corpse. The cognizant part of their brains are dead, but their gross motor skills continue to function (aka. their brains are in a mindless state but their hands keep typing). Do Not Feed the writer-zombies.


Annalisa Crawford at Wake Up, Eat, Write, Sleep has given me The Versatile Blog Award! The rules state that I’m supposed to tell you seven things about myself and then award fifteen other bloggers. So here goes:
1. I’m a soccer fanatic. I support the Houston Dynamo and Manchester City F.C., and currently play on five soccer teams. It used to be seven, but I’m trying to cut back.
2. I’m phobic about blood (aka. Hemophobia), but I love vampire and zombie movies. Which basically means I can only watch about half the movie and have to cover my eyes for the rest.
3. I’m both a nerd and a jock. Or is it jockess for girls? Do girls have to add an –ess? Screw that, jockess sounds dumb. I’m going with jock. I’m a nerd-jock. Nock? Jerd? Whatever.
4. I love nonsense writing, but the English major in me constantly tried to make sense of it. If there’s hidden meaning in The Walrus and the Carpenter, I’ll find it.
5. I own multiple copies of Persuasion (Jane Austen), Alice’s Adventures in Wonderland and Through the Looking Glass (C. S. Lewis), Frankenstein (Mary Shelley), and The Grimm’s Fairy Tales. They’re all different and yes, I need them all.
6. I love research. The best part of starting a new story is researching it. I’m in the research phase of my new, dystopian novel and have a list of thirty-seven books to read first. I’m looking forward to it.
7. I always name at least one character in every story after one of my literary heroes.


And here are the blogs I think deserve this award . . . 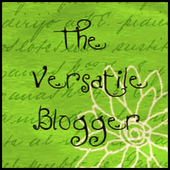 1. Barbara Kloss
2. Kris Atkins
3. Draven Ames
4. Christa
5. Christine Rains
6. Peggy Eddleman
7. Lynda R. Young
8. An Alleged Author
9. Suz Korb
10. Brenda Drake
11. J
12. Melanie Stanford
13. E. L. Schneider
14. Kate Scott
15. Mina Burrows
The next award I received was the Lovely Blog Award from Kris Atkins at In Other Words. I’m very excited to receive this award, though it took me a month to realize someone had given it to me. Sigh. Anyways, I’m supposed to award fifteen more people who I think deserve this blog, and they are: 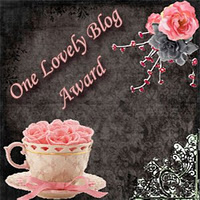 1. Jillian
2. Cynthia Lee
3. Megan
4. Rebecca Mahoney
5. Ian Hiatt
Whew. I think that’s everyone. And thank you once again to Kris Atkins and Annalisa Crawford for their wonderful support and recognition! If you haven’t already checked out their blogs, you really should!