A few months ago a friend of mine introduced me to a blog called Missed Connections by Sophie Blackall. An incredible artist, she does amazing illustrations based on the “Missed Connections” section of Craigslist. Tales beginning with “I saw you across the train station” or “We shared an elevator for three floors”, these stories are the modern equivalent of love at first sight, lost forever though circumstance, interruption or momentary cowardice. Recognizing the forlorn beauty in what’s tantamount to a series of classified ads, Sophie Blackall uses these stories as inspiration for her dream-like artwork.

Now one of my favorite blogs and perhaps the most provocative artist I’ve come across since my high school AP Art History class, Blackall’s pieces are poignant and heartbreaking. In an interview with New York Times, Blackall stated “these illustrations have recurring themes of love, loss, regret and hope. Even the most grim postings have this little kernel of unflagging hope which is just so lovely and optimistic.”

It’s these themes, and the unique concept behind the body of work itself, that makes her artwork so haunting. She is one of the few modern artists I can honestly say I admire as much as longtime favorites, and illustrators in their own right, like John Tenniel (Alice and Wonderland) and John William Waterhouse (Shakespeare’s Miranda and Ophelia, and Tennyson’s Lady of Shalott).

One thing that struck me about her site was the blog’s description where she states that these Craigslist posts (and her visual interpretation of them) are the modern equivalents of a message in bottle. A poetic notion, I’m in awe of the image she paints . . . rather than being tossed into the raging sea, these are love letters sent into the vast ocean of cyber space and digital strangers.

And there’s nothing so beautiful as a love letter.

But why are they so beautiful? Is it because they’re, in some small way, tangible proof of one’s love? Something we can hold onto when the words of devotion have long since faded from memory? I certainly, as a writer, value the intransient nature of a love letter.

Or perhaps it’s because we can articulate ourselves better in written form than in person, tongue-tied with emotion or fear? Jane Austen – the famous romantic novelist herself – seems to agree. Often within Austen’s work, the characters find themselves unable to express their love for one another while face to face. It’s only through letters that they’re able to articulate their feelings. Much like the Craigslist writers that so fascinate Sophie Blackall.

Some might argue that I devoted entirely too much significance to the combination of classified ads and blogging. But check out a few of my favorites and judge for yourself . . . 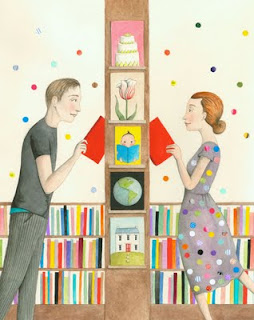 "Polka dots in the Strand. Ack! 'Round 7pm or so... I was browsing the shelves and saw you on the other side. I swear I glimpsed our entire future together in that brief moment. It was beautiful.  And then someone asked you for the time. I mean c'mon, who doesn't have a damn time-telling device of some sort these days! Oh, if only I'd thought of that." 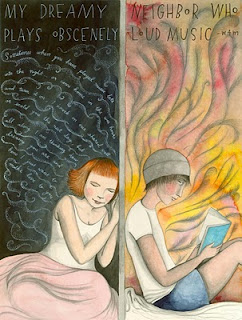 "My dreamy neighbor who plays obscenely loud music. Sometimes when you have played music late into the night or come home in the wee hours and turn it on, I knock on our shared wall or scold you the next day, but all along I am thinking how dreamy you are and how I just want to make love to you." 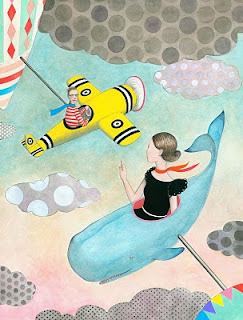 "I saw you for maybe a second or two.

I've read missed connections before and wondered why people just didn't say anything then and there. Now I understand...perhaps it's because the moment is extraordinary; containing a fullness of its own...and the thought that this person across from me is not a part of my everyday life, and at any second will disappear, didn't even occur to me...it seemed that we were in it was together, and that sort of connection rarely, if ever, happens between transfers, so my mind was a little slow on registering that there would be no "some other time" if neither of us asked for the others phone or email.

Now, horus later, the ripples created by those few tender seconds still gently rock something within me...and I become a missed-connections poster.

Would you be interested in having tea or going on a ride?"