Well, I'm back. Back to the real world and my poor old Muggle life. And boy am I already missing life at Hogwarts.

For those of you who haven't already heard, I crammed into a car with my friends Andy, Mark, Tina and Andrew and headed to The Wizarding World of Harry Potter in Orlando, Florida. Well, and four other theme parks, but those take a back seat to the amazing sights of Universal Studios' take on Hogwarts. If you haven't been able to visit it yourself, let me say . . . it was the most amazing thing I've ever seen. And I'm really not exaggerating here. Granted, I'm a Harry Potter SUPER FAN, but even those who are not as obsessed with Rowling's phenomenon as I am (it would be very difficult to feature my level of fandom) would have to be impressed by the precision and detail that went into this amazing attraction. 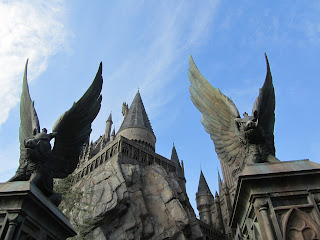 This is the first view you get of the Hogwarts as you approach. The ride within - Harry Potter and the Forbidden Journey - is as fun as it is detailed, taking you on a tour of the castle and catapulting you into the wonderful world of wizards. 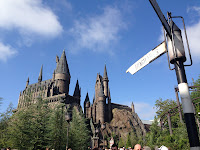 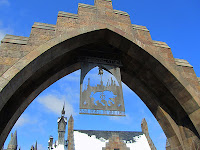 Even the signs are beautiful, reminiscent of a real life English village. It makes you feel like you're really there. 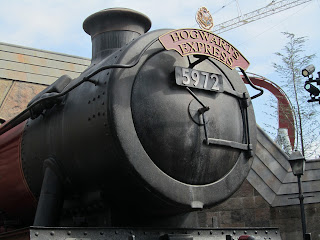 Check out the Hogwarts Express as you enter Hogsmeade and imagine what it'd be like the see it from the magnificent Platform 9 3/4. 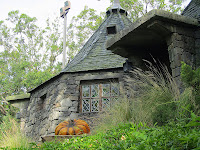 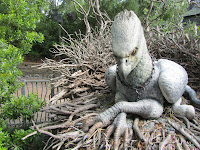 You get a terrific view of Hagrid's Hut and the hippogriff Buckbeak in the line for the Flight of the Hippogriff ride. 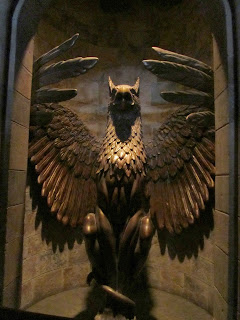 Inside Hogwarts is just as impressive as outside. There are portraits with moving inhabitants, the Sorting Hat, and of course . . . the phoenix gargoyle outside Dumbledore's office. 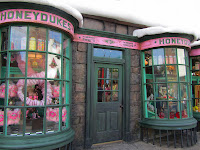 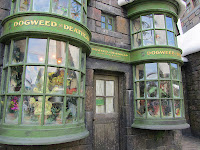 Perhaps my favorite part was getting to look in the window and peak inside the shops of Hogsmeade. Honeyduke and Zonkos. Gladrags Wizard Wear and Ollivanders. It's incredible. 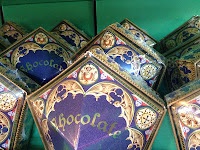 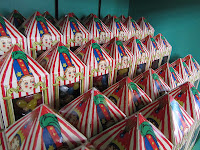 My favorite store was Honeydukes. I definitely overspent on Chocolate Frogs and Bertie Botts Every Flavored Beans. But you know what - totally worth it. 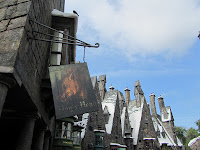 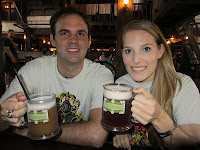 And don't miss trying the Butterbeer at The Hog's Head. We bought the souvenir mugs and got cheap refills all day. Did I mention it was one of the best drinks I've ever tasted? P.s. The Pumpkin Juice was also amazing. Wizards have the best drinks! 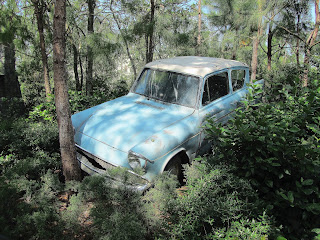 I loved getting to see Mr. Weasley's flying car nestled in the woods. Too bad we didn't get to see it fly. Maybe next time . . . 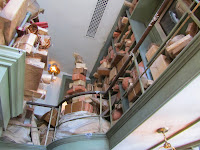 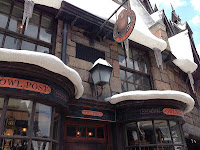 You can send postcards via the Owlery (and get a Hogsmeade postmark stamp on them too!). 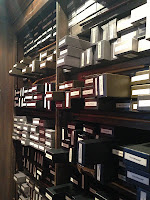 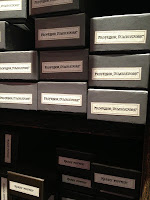 And buy the wand of all your favorite Harry Potter characters! My friend Andy bought Cedric Diggory's (because, for whatever reason, he considers himself a Hufflepuff). My boyfriend bough Sirius Black's (a terrific choice). And I of course bought the wand of my hero - Neville Longbottom. I wanted to buy Harry's too, but they're a tad on the expensive side. 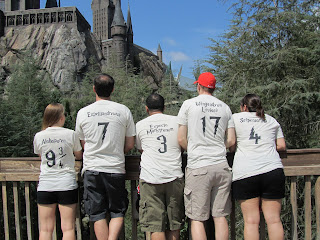 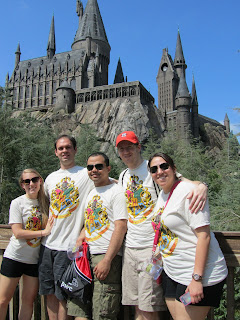 The highlight of the trip for me though was the shirts my friends and I made. We got hundreds of comments on them throughout the day. Check them out - Hogwart's Coat of Arms on the front (did you know that the motto written in Latin beneath the crest means "Never tickle a sleeping dragon"?), and our names and Harry Potter themed numbers on the back. If you look closely, there's something special about the names . . .

There's so much more there that I wasn't able to capture on film. Like hearing Moaning Myrtle's wail in the girl's bathroom near The Three Broomsticks, and the Mandrakes' cries from the window of Dogweed and Deathcap. Every corner, wall and ceiling dripping with wizarding detail. It was nothing short of magical.

Basically this was the trip of a lifetime. The chance to visit the place I've held dear for fifteen years. The place I visited in my head during those torturous high school years whenever I was sad and lonely. Or when I was bored at work and needed a fantastical break. It's the place I've dreamed about for so long, and last week I got to see it in person.

And yes, I know that it's really just an amusement park designed to reap the financial benefits of Harry Potter fans who aren't ready to say goodbye to the story they've loved through seven books and eight movies. But with every loving detail they put into it, you can almost imagine, just for a minute, that you really are there. It's not everyone who gets a chance to enter a literary world that's meant so much to them. But for me it was one of the most amazing experiences of my entire life and I can't wait to go back when they've completed the addition of Gringotts and Diagon Alley. 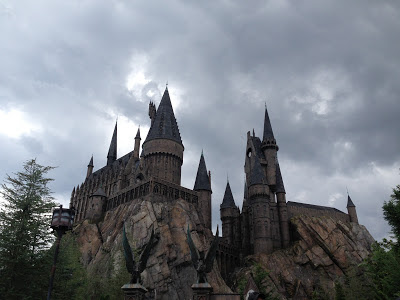