All Hail Joss Whedon And The Avengers

Have you ever been in one of those situations where you've been waiting for a movie to come out for a long time . . . a movie you've followed from the moment the studio announced it was in pre-production, watching daily for sneak peeks, and reviews, director interviews, anything related to it . . . waiting for months on end for it to finally, FINALLY make its way into theaters. And then it does, and it SUCKS. Do you know that feeling?

Yeah, this was not one of those times. 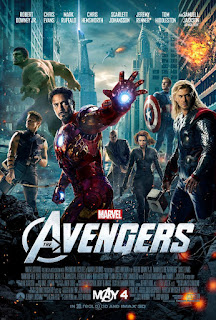 I have to admit, as I arrived at the theater last weekend to see Marvel’s The Avengers, I was somewhat terrified. I’d been waiting to see this movie for years. I’d watched avidly as Marvel Cinematic Universe broke away from Marvel Studios to independently pursue a line of films leading up to The Avengers. It’s first release, Iron Man in 2008, far surpassed my expectations (which were somewhat low following the four preceding Marvel films, X-Men: The Last Stand, Ghost Rider, Spider-Man 3, and Fantastic Four: Rise of the Silver Surfer).

But this new Universe of films signified a fresh start Marvel superheroes. Iron Man, Thor, Captain America, even a revision of The Incredible Hulk (which, thankfully, made up for the utterly terrible Eric Banna version) – one after the other, they were all amazing, and shared an intertextuality that promised a planned future endgame.

For two years following Iron Man’s release I waited and watched, internet stalked and speculated with my friends. Only to find out in April 2010 that my idol – Joss Whedon himself – was going to write and direct The Avengers feature film. Joss-friggin-Whedon.

Which makes sense of course. The man is no stranger to heroes and villains – Dr. Horrible’s Sing Along Blog is chalk full of them. Not to mention Buffy, a superheroine if there ever was one. And of course, Firefly. Captain Mal Reynolds and his crew are, in their own words, “big damn heroes”. And the coup de gras, Whedon’s own experience writing for Marvel. He wrote several issues of The Astonishing X-Men, one of the most recognizable and beloved superhero teams. He was clearly the ideal choice for this project, already several years in the making.

So after yet another two years of agonizing anticipation, it was with trepidation that I took my seat and waited for the movie to begin. I went into The Avengers with the highest of expectations, trying to prepare myself for the likely possibility that it wouldn’t be able to hold up to four years of anticipation. And I came out with my mind BLOWN.

It was AMAZING. Beyond amazing. It was phenomenal.

First of all, let me praise the acting. This film had some huge names attached to it, but you just never know how all their acting styles, not to mention the diverse characters they portray, will mesh on screen. But with talent like this, I needn't have worried. These actors made a rag-tag team of superheroes come together in a very realistic way. They  managed to cover the whole spectrum of human emotion, from lost and out-of-time (Chris Evans), to sarcastic (Robert Downey, Jr.). Having been a big fan of Edward Norton's performance in The Incredible Hulk, I was adamantly opposed to recasting Bruce Banner for The Avengers, but I have to admit that Mark Ruffalo did a great job stepping into this titular role. And as the newcomer to the Marvel team, Jeremy Renner was spectacular as Hawkeye. So spectacular that I forgot his lack of superpowers at times (hint, hint: please make a Hawkeye solo film). Scarlet Johansson killed it as Black Widow (she's sort of my new idol), and Samuel L. Jackson – the key holding the entire team together – was, in his usual fashion, awesome. Though I personally felt that Robert Downey, Jr. stole the movie, he certainly didn't run away with it. The entire team pulled off one collectively incredible performance.

While I cannot say enough about the acting talent, Joss Whedon's incredible script could have made the world's worst actor seem brilliant. With an undertaking this massive, it would be easy to get lost in the battle and sacrifice characterization for action. But Whedon manages to put the internal struggles all six heroes first, turning the movie into a human interest piece as well as an explosive action film. As is the Whedon way, he also finds the perfect balance between gravity and humor, something which we've seen time and time again in his work. There were sad moments of self loathing and doubt, broken up by hilarious one-liners that had me literally rolling with laughter. And amazingly, he manages to subvert some of the standard action film clichés with a witty charm I can only describe as Whedon-esque. I won’t spoil it for anyone who hasn't seen the movie already, but for those of you who have, I’m referring of course, to the Hulk’s reaction to Loki’s attempt at a long, “I’m a god” speech. Hysterical.

At the end of the day, it was just a spectacular movie. And I cannot wait for the follow-ups. I know they're already getting started on Iron Man 3 (the first of Marvel's post-Avengers films), as well as Captain America 2 and Thor 2. I'd love to see Hawkeye and Black Widow in their own feature films (or even in one toegether), but I have my doubts as to whether that will ever come to fruition. But I'm already looking ahead to Avengers 2!